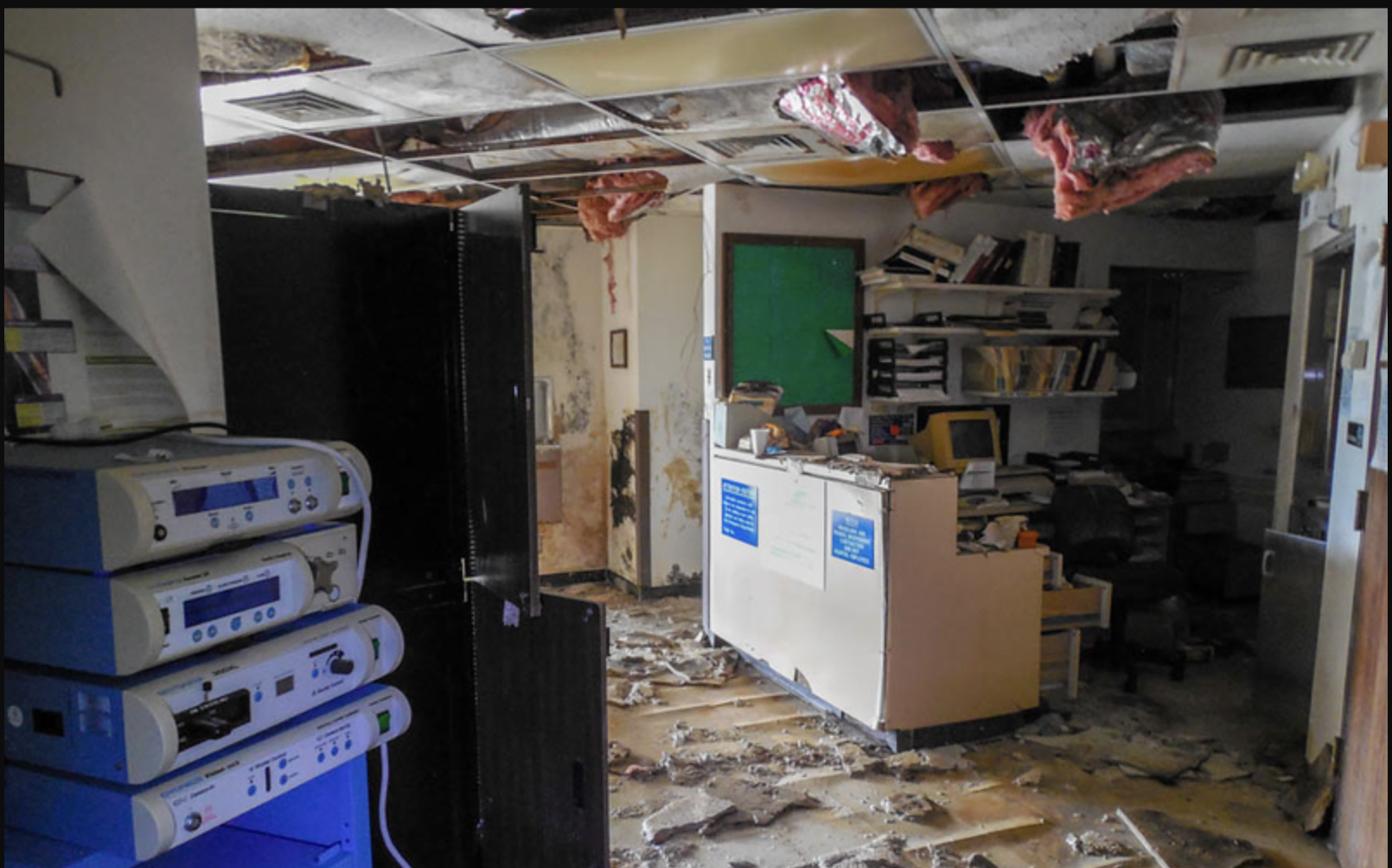 After shutting its doors nearly 18 years ago in December of 2004, Sharp County has been without a hospital.

The basis of the lawsuit is that when closing the doors and walking out of the facility, thousands of medical records were left behind.

“Consumers must be able to trust their healthcare providers and employers to protect their personal information. Eastern Ozarks Regional Health System betrayed that trust and left patients and employees vulnerable to scams and identity theft. I am holding the hospital and its owners accountable,” Rutledge said.

The hospital’s first signs of impending closure came just a few months before the actual closing.  In October, EORHS lost their physician referral contract with Correct Car, based in Louisiana. The contract was lost because they were behind significantly on their payments, according to Eddie Dease, who was the owner of Correct Care in 2004.  At the time of the closure Becht explained the financial pressures of keeping the office open were overwhelming.

In November, the hospital’s  laboratory was closed with doctors working at the hospital citing the inability to obtain reagents, a vital product used in the most basic blood testing. The issue arose when hospital owners failed to order the expensive products and the ones remaining in inventory became outdated. Without the ability to perform lab testing on site, a hospital cannot have an emergency room.

When the hospital was closed in 2004 three patients were transferred to another facility and the entire campus was locked down.  142 employees lost their jobs.

EORHS left the hospital just as it was when it was open,  with all equipment, medicines, beds, linens, files in place.

Over the years, many vandalism arrests have been made. The windows were broken out and items strewn about, including sensitive medical files that are supposed to be destroyed after 10 years.

At least one former lawsuit was filed against the hospital by Cherokee Village resident Dan Raymond. Raymond sued EORHS federally for  violations of Health Insurance Portability Accountability Act (HIPAA). Raymond contacted state and federal legislators including Tom Cotton and James Sturch to no avail after learning of the condition of the hospital and the records housed within it. Last year he also contacted Rutledge about the issue at the hospital.  Cotton advised Raymond to contact him when he “has a federal case.” HIPAA is a federal law so it is contradictory as to why the issues wasn’t taken seriously. His suit was dismissed without even an on site visit to the hospital.  In the Federal case, the Office of Civil Rights stated, “Eastern Ozarks Regional Health System does not meet the definition of a covered entity or business associated. Therefore HIPAA Rules do not apply to Eastern Ozarks Regional Health System.”

Records indicate that Becht is the Chief Executive Officer for Menorah Manor in Florida. Menorah Manor is a community sponsored, not-for-profit senior healthcare organization that opened in 1985. Robert is also listed as President for Marathon Manor, in Hartsville, Tenn. His son, Scott is also on the board at the nursing facility. Becht also has several corporations related to the healthcare industry, including Country Medical Services of Gallatin, Tenn.

The suit alleges that Eastern Ozarks Regional Health System failed to provide proper disposal or proper security for the documents prior to the properties being conveyed to the State of Arkansas. The hospital and its owners face civil penalties up to $10,000 for each violation of the PIPA and the ADTPA.