A matter of  survival : Local attorney and Congressional hopeful injured in plane crash 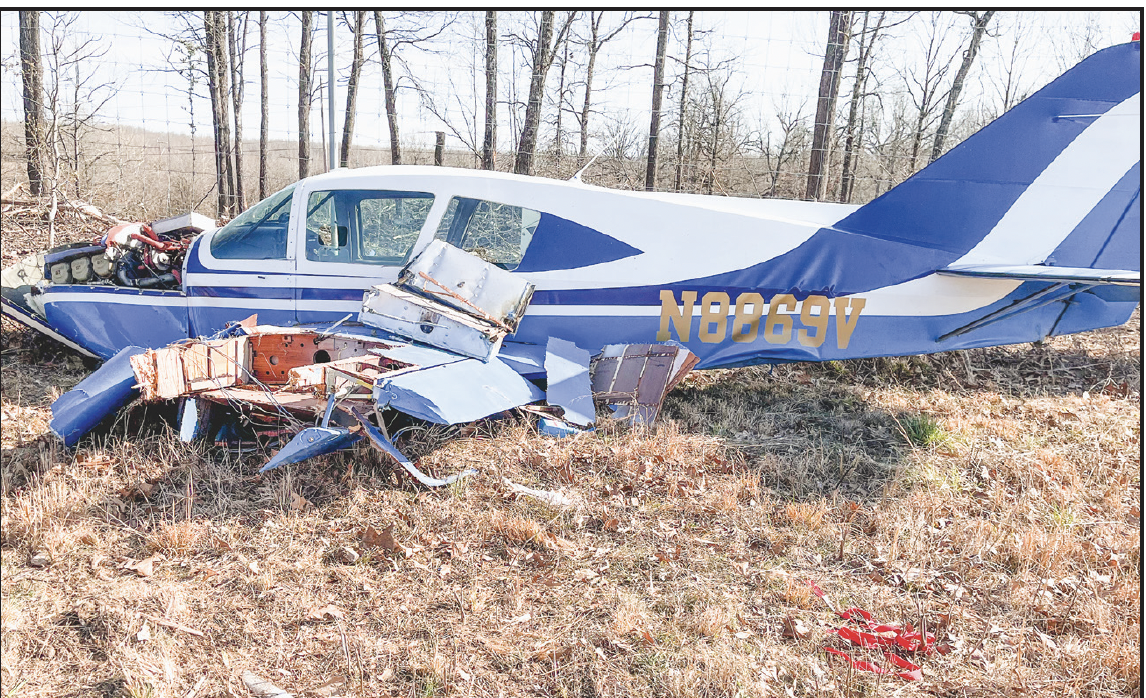 A local attorney and Congressional candidate is lucky to be alive after utilizing safety protocols to land his airplane. Jody Shackelford is currently home recovering from his injuries after the engine failed on his plane during windy conditions over the runway at the Sharp County Regional Airport on March 25.

Jody Shackelford explained he had just got his plane out of the shop and was at Mountain Home. “I was flying back to my hangar in Cherokee Village and everything was fine. I was coming in to land, it looked good, totally normal.” At the end of the runway, the wind gusts caused the plane to become unstable. Shackelford explained emergency procedures are to do a ‘go around.’  As he gave the plane gas for the ‘go around’, the aircraft’s engine stopped as he was at the end of the runway. Shackelford realized he was coming down. “I had to decide where I was going to bring it down and it was just trees everywhere, no more runway left so I tried to just fly it down all the way to the ground and boom, we hit.”

Shackelford’s purchased the 1971 Bellanca 17-30A fixed wing single engine plane last April. After the crash, he was able to crawl from the plane and get a safe distance in case the aircraft were to burst into flames following the impact. Emergency responders from various agencies in Sharp and Fulton County responded to the airport. Shackelford choked back tears when thanking the community for their caring responses to his accident, “I am really thankful I am able to even have this conversation,” he said.

Emergency responders at the scene said Shackelford was able to talk with them and even explain the crash before being transported to the White River Emergency Department just up the road in Cherokee Village.

While in the ER, he underwent tests due to back pain and was stabilized before later being airlifted to the University of Arkansas for Medical Sciences in Little Rock.

Shackelford spent the night in the hospital and was diagnosed with a spinal fracture, broken nose, injury to his hand and bruising. He credits his utilizing the safety protocol with saving his life in the crash. Shackelford was released from the hospital on Saturday afternoon and is home healing.

The crash occurred around 4:15 p.m. March 25 at the South end of the runway near Highway 62 in Fulton County. Sheriff Joe Boshears was on the scene. Boshears, who has worked three plane crashes in his short tenure as sheriff, said Cherokee Village Police Department also responded and Officer Bryan Buchanan asked if the city could work the accident since it was in the city limits and they had never worked a plane crash.  Boshears said he would send his completed incident report and photos to Chief Monte Lane for further investigation.

As is customary with any plane crash, the Federal Aviation Administration and National Transportation Safety Board will also be conducting investigations into the accident.