It’s time to celebrate the fruit of summer 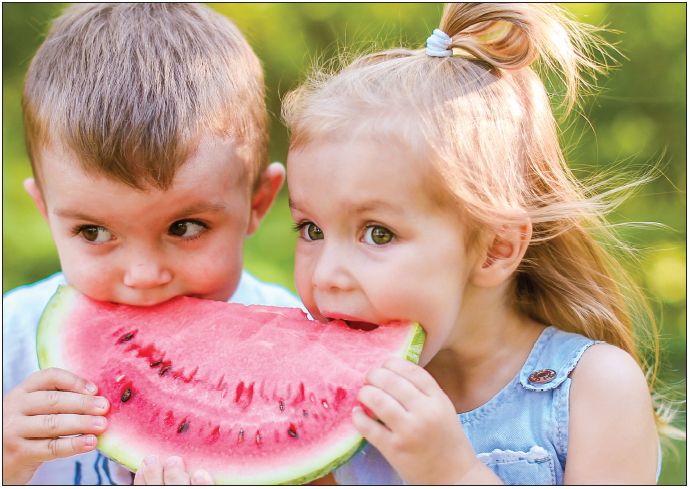 There is nothing like the first slice into the year’s first watermelon, from the unmistakable sound of splitting it open to when the sweet smell reaches the nose all the way up until the icy cold goodness hits the taste buds. With many having craved them since winter, the date for the appearance of Cave City’s claim to fame melons varies each year from the last week of June until the second week of July.

This year, the area is on the later end of the spectrum due to the extremely wet spring followed by the drought the area is currently under. This year the famous melons made their grand entrance to the long awaited pleasure of watermelon lovers around the area around July 8.

In the days that followed, the streets of Cave City looked as if a parade is coming to town. When the melons began to arrive, heaped onto pickup trucks, carloads of eager watermelon fans followed shortly behind, eagerly filling their vehicles with the bounty of summer. The celebratory cutting of melons for customers to sample is a common sight along the highway that runs through the city.

As growers begin the early morning or late evening ritual of cutting their melons from the vines, each one must also be weighed in, priced and stamped with Cave City Watermelon Grower stickers before the customers can purchase them. The stickers separate registered growers from those in other towns who sometimes try to sell their melons under the famous Cave City growers name. The Cave City Watermelon Grower stickers with the growers name assure customers they are getting genuine Cave City melons.

The fact is, growers begin working to bring the melons to the area months before with preparations long before the plants even go into the green-houses and eventually into the earth where they will grow. The samples from the stands made the decision difficult, for many watermelon lovers who have longed for the sweet fruit since winter.

The season will reach its high near the end of the month when the 42nd Cave City Watermelon Festival will take place at the City Park this week, July 28-30. The event promises to be a larger than ever with an all star lineup of entertainment. Be sure to check out this week’s spotlight and get to know the growers and entertainers. We have already featured two growers in the SRC, the remaining ones are highlighted this week.

Cave City melons and cantaloupes are judged best by many because they grow well in the sandy soil that is prevalent in the area. The city’s melons became famous as far back as 1938, when the first growers association was organized. The community has been celebrating its famous melons through the Cave City Watermelon Festival, which has been held every year in August since 1980 when Charles and Anita Landers began the tradition that continues to grow.

In 2015 the Landers “retired”, and a new committee of volunteers have since taken the festival to even greater success, with expanded entertainment, activities for the entire family, and record-setting crowds; from the beginning, the festival has always been about celebrating the town and its rich history of producing the world’s sweetest watermelons.