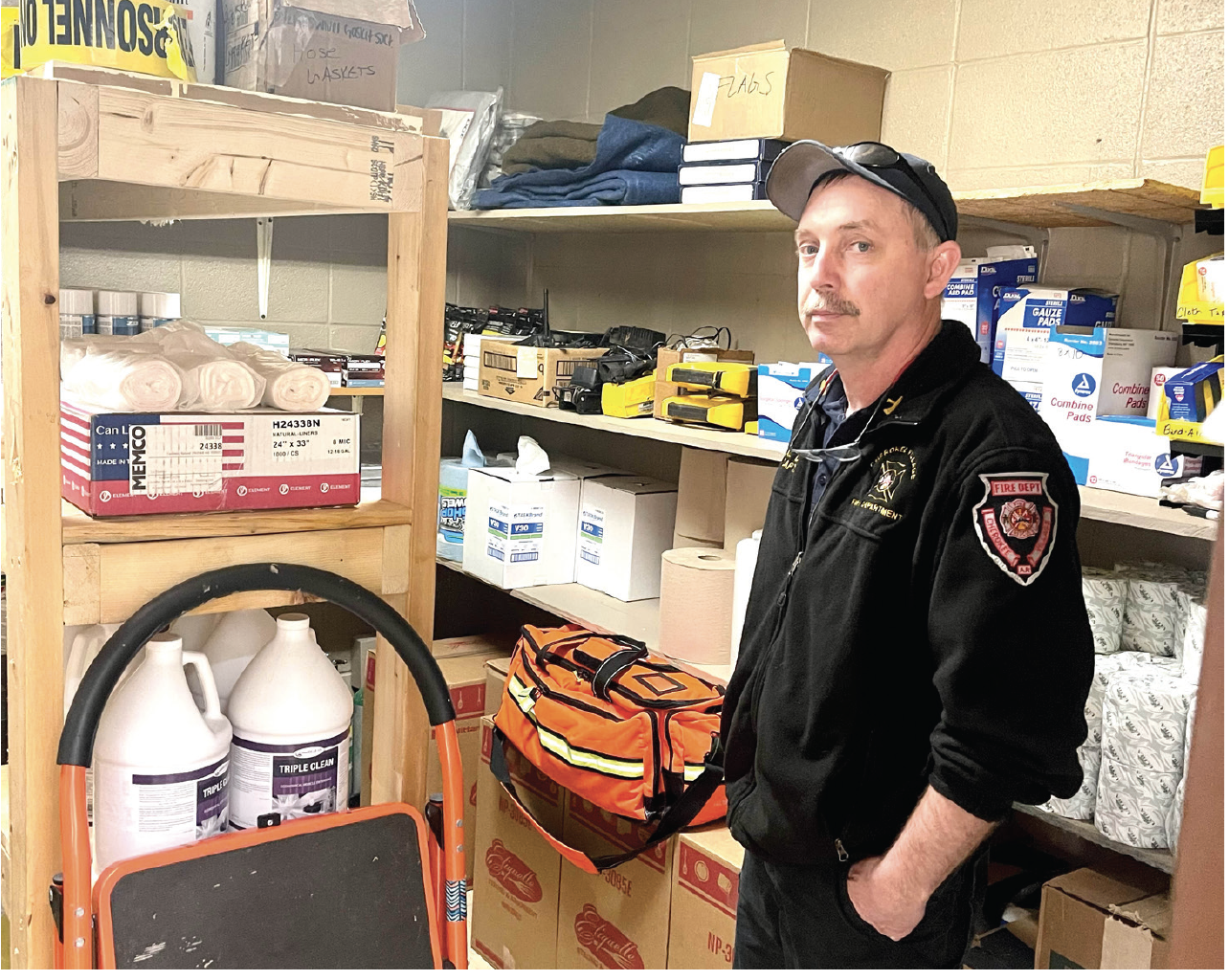 The Cherokee Village Fire Department has been forced, through no fault of their own, to undergo several hundred thousand dollars in budge cuts after the loss of Suburban Improvement District (SID) funding last year.

Due to the SID lawsuit, the first cut was of personnel. As the highest percentage of any budget is always labor cost, Cherokee Village  had to reduce their staff by six positions. Previously, there were 14 line firefighters and the chief.

Cutting nearly half the city’s firefighters

They now have eight firefighters and promoted former Highland Fire Chief Kal Dienst to Chief. Besides Dienst, four firefighters who were already vested in their retirement opted to retire early. These included Fire Chief Johnny Pendarvis and firefighters Donnie Sellars, Kelly Ford and Richard Stowers. They volunteered as a way of preventing the younger firefighters from losing their jobs.

Besides cutting the number of firefighters, the city also had to close down Omaha, one of the city’s four fire stations. “The data was already showing, and the previous chief and I had spoke about shutting Omaha Station because of the lack of runs and Onaga Station being close,” Dienst said. The department is maintaining Onaga, but there isn’t enough staff to maintain a full staff at the station.

Currently, Waketa and Basehart are fully staffed 24 hours a day. Dienst also has two relief personnel to cover vacation and sick days. If he is fully staffed, the relief personnel are able to staff Onaga. As part of public safety, fire departments are the only entity that can save taxpayers dollars by lowering or maintaining the ISO rating and this is something Dienst takes very seriously and is working to maintain or eventually lower for resident’s.

As soon as Dienst took office, they began working through logistical concerns such as defining the location from which the bulk of their calls came. This was on the Sharp County side. While they are still responding to the Fulton County side, the response times may be slowed by a minute or so. “The bulk of our calls are medical related or lift assist, in a very small percentage, probably less than two percent, is that time frame going to make a difference.”

He said another thing they are working on is organizing inventory at the departments to make it more efficient for less firefighters. At Basehart, they have moved the bedroom to a location where firefighters have a straight path out the door in the event of a callout.

They are also reducing equipment that is not regularly used, saving insurance and maintenance costs. The department is currently working to better organize and utilize the equipment they use most. The pay structure has not been changed, but three Lieutenants have been promoted to Captains, which best reflects the duties they perform, including driving the fire trucks.

Dienst is rebranding their uniform shirts to reflect the men’s new titles.

Implementing new technology is also important to the department. Sharp County Central Dispatch has implemented a new CAD system, and the current fire text software is in the process of being streamlined into one seamless operation for dispatchers after a call.

What used to be a two part process for dispatching will be reduced by the new software.  The automation capabilities written into the software will be huge benefit to firefighters and the public. With the new software, maps of callout locations are generated as well as hydrant locations. These instantly are  dispatched through the fire text after the dispatcher enters the information. It will also provide accurate response times of firefighters to scenes.  The software will also immediately send response times to the fire station for incident reporting. The subscription based software can also be utilized for a fee by other rural fire departments in the area.

Rebranding volunteers as an auxiliary for fundraising efforts

Besides Act 833 and tax revenue, the department will also continue to do fundraisers to raise required money for new trucks and other items. The average age of fire apparatus at Cherokee Village is 18 years old, so it is easy to see these will soon require replacement or repairs.

Dienst said  he is currently in the process of rebranding their volunteer sector and establishing it as an Auxiliary, as a means for obtaining grants as well as conducting fundraisers.

Volunteer Mary Dewitt has applied and received a non-profit status for the auxiliary. Dienst said the department would love to have volunteers who do not necessarily have to respond to fire calls. “We have a place for you whether you are physically able or not.” As an auxiliary, they elect their own officers and vote and decide on issues. They also are responsible for the department’s annual pancake breakfast. . Volunteers are under Dienst, not the department.

He said auxiliaries can apply for grants. While serving as Highland’s chief, where the population was less than 3,000, he could receive grants. Cherokee Village cannot take advantage of these helpful grants due to their population. Dewitt applied for and received a grant for  10-12 sets of turnout gear a few years ago.

Going into the budget cuts, Dienst said the city was lucky their personal equipment was in like new condition.  Besides the new turnouts, the city purchased 20 new breathing apparatuses for the department at the end of 2019.

Future projects include working with Village Pride to establish and implement a house numbering project.

Another issue Dienst inherited is the need to replace aging fire hose. Over half of the department’s 300 sections are from 1974. While the hoses are tested annually, state guidelines dictate the hoses must be replaced if they were manufactured before July of 1987.

Chief Dienst  is also looking for different ways to keep the lawns mowed at the departments. The department only has one mower to mow all the lawns at the fire station.  Previously, the department had enough personnel to take one man out of service to mow. With the cuts, that is no longer an option.  Community service mowing is also not an option without Dienst having to supervise them, something he cannot do in the event he receives a callout.  Potentially having residents who live near the fire departments, volunteering to mow is just one option being explored.

Dienst began his career in fire services at the Hardy Fire Department after graduating from high school. During his time, there he received an abundance of fire training. Life moved forward and he later took a job working out of town. After working for about nine years, he then came home to the area to start his family. He hired on with the Cherokee Village Fire Department in 2007 as a full time firefighter. During that time, he also began working with the Highland Fire Department, and later, became Chief while still working at Cherokee Village.

“People were already calling me with questions due to my experience, so it was an easy fit for me to fill,” Dienst explained. He has and continues to help other  rural fire departments with funding and instructs and lends guidance to obtain Act 833 funds and other items. Currently, the department is having to utilize their Act 833 funds to pay utilities at the departments. Due to the budget cuts, this revenue stream that could help with equipment is having to be used elsewhere.

Dienst also serves on the board of the Spring River Paramedic Ambulance Service. In January, he stepped down at Highland and became the fire chief in Cherokee Village.