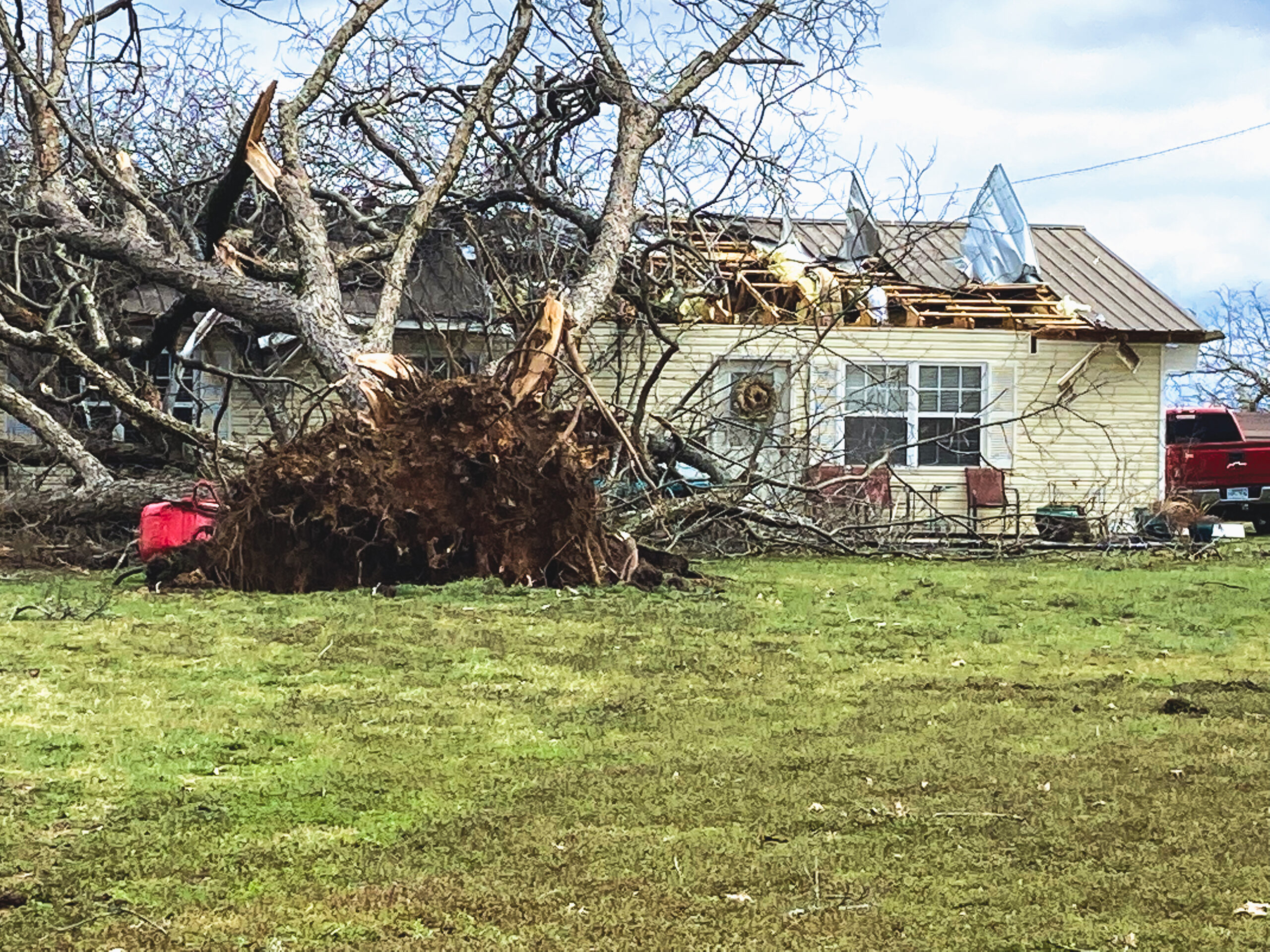 Near 80 degree temperatures in front of a strong cold front ushered a large storm system into Sharp County on March 6. A radar reported, yet not yet documented by the National Weather Service, storm believed to be a tornado roared through Sharp County on Sunday evening.

Severe damage was reported at Sage in Izard County and several locations near Carpenter Road, Bear Creek Road and Jack’s Schoolhouse Road in rural Evening Shade.Trees were downed on Dry Bone and at Mill Creek on Sitka end of Highway 58.

As warnings came across television and weather radio, residents of Sharp, Izard, Fulton, Randolph and Lawrence County took cover on more than one occasion.

Several resident from Sage reported sighting a funnel cloud prior to the damage. Photos of what appear to be tornadoes have been prevalent on social media and many even took a second to document the horrible storm from their safe spot in cellars and other storm shelters.

Several power poles and trees were destroyed near Evening Shade as power was lost for hundreds. Crews with North Arkansas Electric Cooperative worked to restore power until the early morning hours. All customers were not restored around 4 a.m. as linemen were sent home to rest and return early in the morning as poles were too remote to access due to the storm damage and rainfall.The crews were back on scene early Monday morning working to restore customer’s power. Large equipment was transported to the scene as the lineman began working in what went from very warm to near freezing temperatures around 8 a.m.

Wacey Smith and Malcolm Thomas worked into the night clearing trees in the area.

Sharp County Office of Emergency Management Director Jeremy Langston said the man in the home that was destroyed on Jack’s Schoolhouse was reported to have had a broken back. Langston said the destroyed home sat on the Sharp and Izard County line. Another person was transported by Spring River Paramedic Ambulance Service with minor injuries from the storms, according to Langston.

Stan and Jessica Goodman’s arena on Ridge Road off Liberty Hill Road was also completely destroyed in the storm, but no one was injured. Jessica said, “Things can sure change quickly, and they can also make you count your blessings.”

Cleanup began in the early morning hours in the storm ravaged areas as NAEC crews continued working to restore power.