Area pair arrested with nearly half pound of methamphetamine 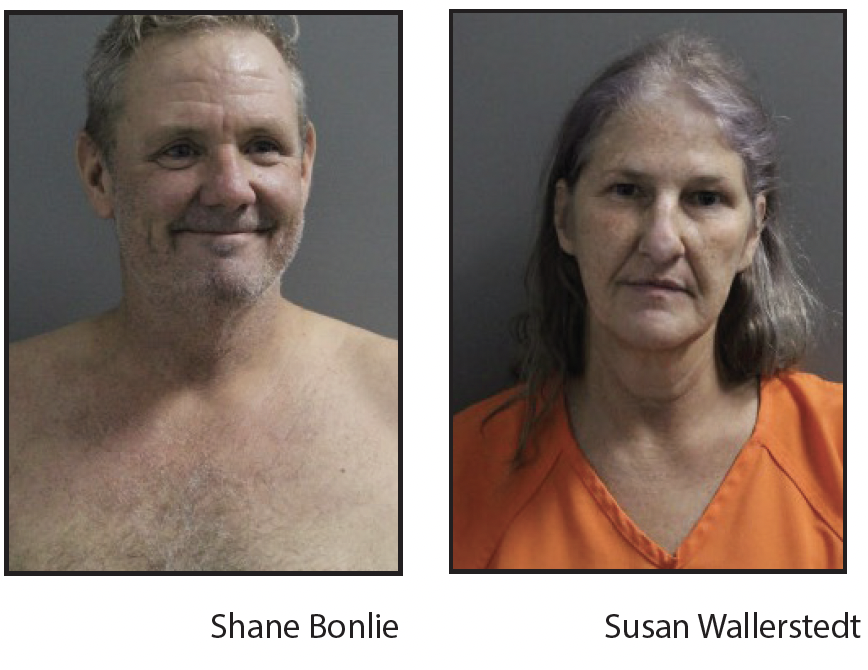 FROM POLICE AND COURT DOCUMENTS

A traffic stop in Fulton County led to the arrest of two on drug trafficking charges after nearly a half pound of methamphetamine was found in the vehicle.

Due to information gained from a confidential informant prior to a May 31 traffic stop, Fulton County Narcotics Investigator Blair Ables and 16th Judicial Drug Task Force Special Agent Johnny Byler came in contact with Shane Bonlie, during a traffic stop in Fulton County, Arkansas. The officers had reliable information that Bonlie was delivering a large quantity of methamphetamine to an individual on Long Run Road

Officers conducted surveillance on Long Run Road. Ables observed Bonlie traveling along the road in a Chevrolet truck with brake lights that were not functioning properly. During the stop,  Ables came in contact with Bonlie. A second occupant in the vehicle, identified as Susan Wallerstedt, was driving the vehicle.

At that time, Special Agent Byler arrived on scene and began speaking with Bonlie. The suspect began shaking and sweating profusely. A search of Bonlie’s vehicle yielded a white cardboard box in the bed of the truck, between two  toolboxes. Inside the box, one  large plastic bag containing a large quantity of suspected methamphetamine. Bonlie and Wallerstedt were placed under arrest without incident.

Special Agent Byler used a Nartec field test kit to test the crystalline substance, which produced positive results for methamphetamine. The methamphetamine weighed 226 grams. A check of  Bonlie’s criminal history, revealed that Bonlie has previously been convicted of more than four felonies in the past.

Both Bonnie and Wallerstedt were charged with Class Y Felonies, which can result in prison sentences of 40 years to life for Trafficking of Methamphetamine, greater than 200 grams.

Both were taken to the Fulton County Jail and are being held on separate $50,000 bonds, set by 16th District Circuit Judge Tim Weaver.