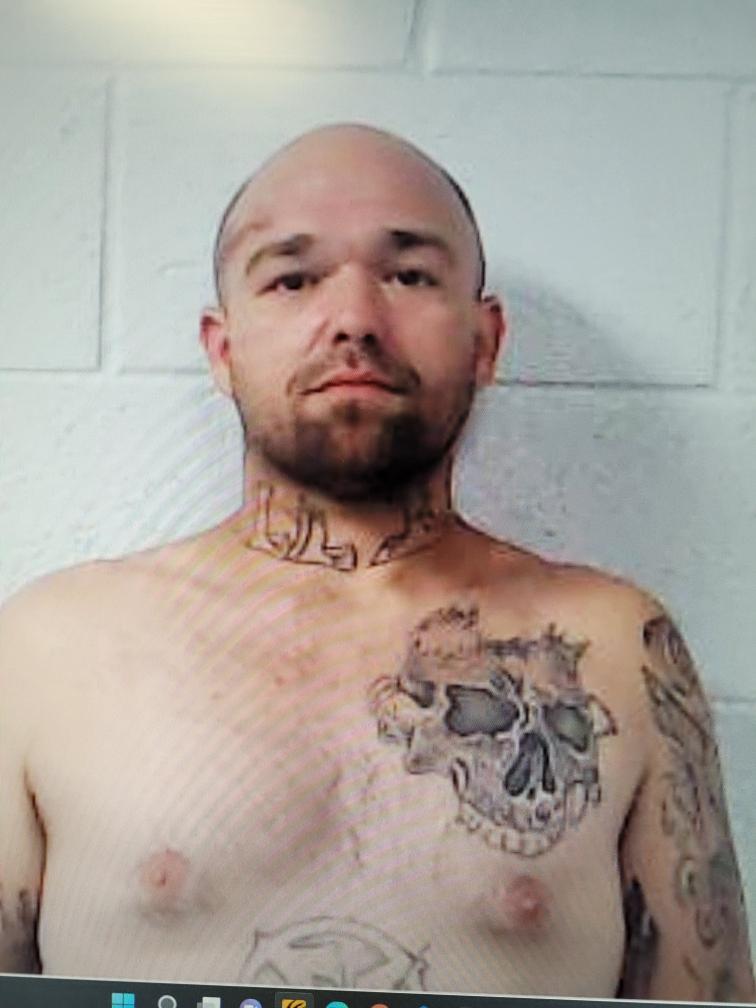 Joshua Hoover, 34, the man wanted in both Sharp and Craighead County for two separate car jacking/ hostage situations and the sexual assault of a woman at Riverbend Park on June 19 was taken into custody just after noon on June 20 at Riverbend Park in Hardy.

Hardy Police Chief Scott Rose, who provides security for the park said he received information  from within the park that Hoover could possibly be back in the camper in which he was originally staying.

Rose called the Special Response Team (SRT) with the Arkansas Community Corrections Board which contains certified law enforcement officers whose duties include helping apprehend absconders. He also called the Sharp County Sheriff, and Baxter County Sheriff’s Department to utilize their chopper to aid in the search.

Rose said the group focused on the camper. Hoover came out of the camper without incident and one firearm, consistent with the one used in the Riverbend incident, was confiscated after Hoover gave consent to search. Other firearms reportedly stolen in Jonesboro were not located.

Hoover first took a Jonesboro woman hostage at gunpoint and stole her car on June 16. He was found to be hiding from authorities in Riverbend Park on June 19 where he allegedly committed the second crime that led to the arrest.

Hoover allegedly took the second female hostage on June 19 in the park. According to law enforcement, around 10 a.m., Hoover walked to a camper located a few campers over from the one he was staying. The female was on the deck of her camper when she turned around to a gun to her head. Hoover then asked if she was alone and reportedly forced the woman into her camper and made her take off her clothing, stating he was checking her for weapons. He then forced her to perform a sexual act before allegedly making her change clothes. He then told the victim she was going to drive him to Oklahoma while.  He then studied her driver’s license, apparently familiarizing himself with her home address.

When passing through Highland, still under his gun, Hoover allegedly told her to stop at the Red Mule and go inside and purchase cigarettes for him. He then told her if she did not follow through he would go to her home and kill her children.

Once in the store, the victim immediately told the clerk of her situation and was advised to lock herself in the bathroom, as they called police. Hoover then came into the store after her in an attempt to regain control of the victim and quickly realized he could not gain access to her.

The victim was taken to the White River Emergency Department in Cherokee Village where she was met by Sharp County Investigator Cody Bailey and interviewed about the assault and kidnapping.

Video surveillance picked up images of Hoover that were later identified by his family. A 911 call came into Sharp County Central Dispatch around 11 a.m., to which Highland Police responded to the scene. A description the gray 2019 Toyota he was driving was put out  to area law enforcement as he sped from the scene toward Hardy.

Hardy police officers located the vehicle near the four lane bridge in Hardy and began the pursuit. Due to heavy traffic near the old Razorback Motel, officers lost sight of Hoover’s vehicle, shortly thereafter.

Rose located the vehicle several hours later in ravine north of Wolf Hollow Circle and Highway 63 near Gut Creek. It was abandoned with no evidence of blood inside after it had been rolled over multiple times. There were no guns in the vehicle. Because so much time had elapsed since Hoover abandoned the vehicle, there was no clear location of which direction he might be traveling, so tracking dogs could not be utilized in the search, according to Rose.

According to information obtained during the search, it was learned that Hoover has been out of prison about a year. His family said he was not incarcerated for violent crimes and they maintain he is not a violent person by nature. Other information obtained from friends contradicted the statement. Hoover’s mother reportedly passed away in May 28 in prison, an event that friends believed may have triggered him to have a mental breakdown. Other information showed he destroyed his cell phone after her death.

Hoover’s family in Manila identified the photos of him obtained as being their step son. They were the owners of the camper he was staying in without their permission. The victim also identified Hoover as the man who attacked her.

A bench warrant was issued for Hoover in Craighead County was for Aggravated Robbery, a Class Y Felony; Theft of a Vehicle, a Class C Felony; and First Degree Terroristic Threatening, a Class D Felony.

The Fulton County Sheriff’s Department also assisted with the search for Hoover.