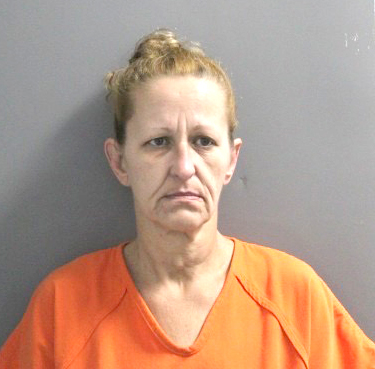 A Thayer woman who hit and killed a Salem man in an automobile accident on June 17 in Salem was arraigned in Fulton County Circuit Court on June 20.

Salem Police Chief Shad Overman came up on a head on collision in Salem on Hwy. 9 near Preacher Roe Park around 4:15 p.m. Upon approaching the vehicle, a female, later identified as Kamala Crone was in the process of attempting to start her already running vehicle and put it into gear as if to leave the accident. Crone was not wearing a seatbelt and Overman smelled the obvious odor of intoxicants coming from her. She was also slurring her speech and struggling to stand. She refused to take the field sobriety test and after being asked if she was okay from the accident was placed under arrest and taken to the Fulton County Detention Center. A check through the Arkansas Crime Information Center revealed Crone’s driver’s license was suspended for DWI in 2019.

An investigation of the accident later showed Crone’s vehicle crossed the center line and hit the vehicle driven by Kelly Zeigler in which his son, Trent Zeigler, 45, of Salem was a passenger head on. Trent Zeigler was taken to the Fulton County Hospital where he was pronounced dead at 5:52 p.m. Overman later obtained a search warrant to obtain blood from Crone. The sample was taken around 9:45 p.m. and sent to the Arkansas State Crime Laboratory for analysis and to determine what intoxicants were in Crone’s system.

Crone was charged with Negligent Homicide, a Class B Felony; DWI Two; Driving on a suspended Driver’s License for DWI; Refusal to Submit to Blood Alcohol Test; Driving Left of Center and No Seat Belt or Insurance.  Crone’s bond was set at $50,000 cash or professional on June 20.