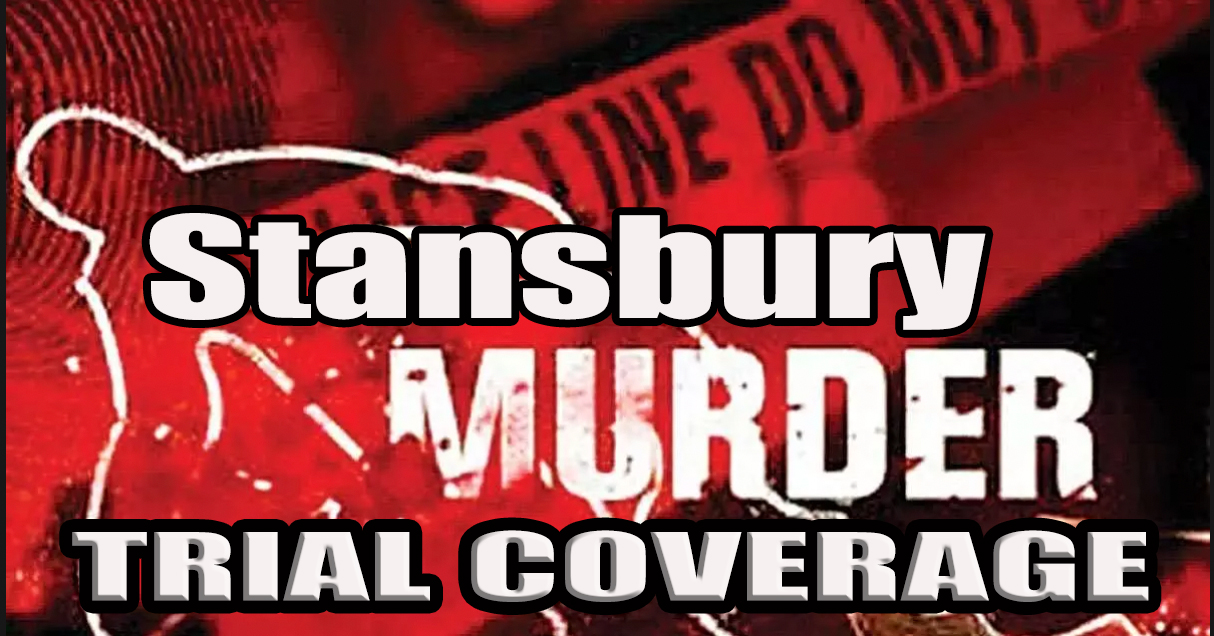 On June 2, Judge Tim Weaver ruled against suppressing statements made by Fulton County murder suspect Travis Barker during his second interview about the case. Barker is the co-conspirator in the April 2021 murder of 19-year-old Davidlee Stansbury of Salem.

The motion, filed by Barker’s public defender Michael Kiel Kaiser of Lassiter and Cassinelli, sought to suppress evidence from a May 2021 interview where Barker voluntarily provided detailed statements about the murder to police.

The motion alleges that on “May 21, 2021, law enforcement officers illegally detained Barker, brought him to a police station, and proceeded to interrogate him at length. Barker is alleged to have made incriminating statements during this custodial interrogation. Barker’s statements were induced by false promises of leniency, and were thus involuntary. Further, Barker’s statements were irreparably tainted by the illegal arrest despite Barker waiving his Miranda rights during the interrogation.”

Testimony from Salem Police Chief Overman explained that Barker had already been interviewed in the murder case in April at his home in Jefferson City. Then Fulton County Investigator Dale Weaver was also being present for the recorded interview in his police vehicle at the Barker’s home.

Testimony showed that since the initial interview, the investigator and Overman had received surveillance video from On the Run Convenience Store in Rolla, Mo. the night of the murder where Barker was with Jacoby Goehler, the co-conspirator who was arrested and charged with the murder on April 22, 2021. Overman had still shots from the video in his possession at the time of stopping to ask Barker to come answer more questions. The photo from the store proved the story Barker had told during the initial interview was not true.  Barker initially said he was at home that night and when he awakened, both Goehler and his handgun that was on a nightstand in the home was missing.

Overman testified that he was made aware that Barker’s mother, who he and Weaver had also spoke to while in Jefferson City, was in the local Dollar General. He then made his way to the home of Barker’s then in-laws in Salem to see if Barker would willingly answer some questions as he had already done in Jefferson City.

According to both Overman and, later, Barker’s testimony in the hearing, Overman asked him to come and he voluntarily went, even getting in the police vehicle himself and never being restrained in any way.

Overman went on to question Barker about the case and eventually after four attempts to get the whole truth and not just pieces, he began to weave a murderous story. Barker told Overman that he rode with Goehler and had given him the hand gun, told him where the “desolate” property, as Barker would explain later, was located and even requested Goehler drop him off at the end of the driveway so he could walk down to the barn and wait while Goehler went to pick up Stansbury and bring him to the place he would later be killed.

Barker continued providing vivid details of the manner and order the shooting occurred, including descriptions of the murder victim. Barker also volunteered a great deal of information to Overman he wasn’t asked, including telling Overman he had given Goehler a double sided hatchet because, “he [Goehler] was going to chop off his head and hands and bury them separate” as well as telling about the extremely rural location they took the young man before killing him.  He also told of how he helped his long time friend Goehler at the scene by shining a light leading Stansbury to where he would be killed and then helping Goehler pick up the casings for fear Goehler’s fingerprints would be on them.

During the interview, Barker willingly gave information to Overman, who the suppression documents attempted to say were because he was giving him “false promises of leniency.”

Barker went on to tell how Stansbury had been asked on the way to his murder if he had in fact raped Koehler’s sister, Christina, and Barker said he repeatedly told the two he did not. He even said he believed the young man.

The alleged rape just over a month earlier of Koehler’s sister was the alleged motive for the murder. The rape has never been proven and when it allegedly happened both of Goehler’s parents were at the home.

Overman used standard interrogation techniques regularly used by police to get questions answered and said he felt  that due to the photo from the video, that Barker wasn’t being truthful.

As the nearly one hour interview went on, Barker continued to add details to his role in the murder, including telling about his knowledge of a text message from Goehler’s mother (who was later charged in the case) wanting a gun and Stansbury dead. He said he advised Goehler not to answer the text and went into a detailed story about his knowledge of fingerprint, DNA and “cell phone triangulation” used in police investigations.  Barker also gave very specific locations as to where he threw each piece of the handgun out the window on the return trip to Jefferson City and told about the kind of gloves he  and Goehler wore to “smudge fingerprints or wipe them off.”

In addition to all of those details, Barker also told where Stansbury’s phone and wallet were burned with napalm that he used to the start fire and how the smell of the cell phone burning stood out to him. Barker said that he provided the light from the hood of Goehler’s truck when they left after the murder so as not to turn headlights on and risk being detected by motorists who could be passing by.  He also offered that he took the gun from Goehler after the murder, stating he was in fear of his life, but told Overman when asked if he shot Stansbury that he didn’t.

The entire interview was played for the court and at no point did Overman promise Barker leniency, he simply continued to try to get the whole story from the suspect.

When Barker testified, he alleged that he thought he was under arrest “because they were asking me the same questions they did,” he said in reference to the Jefferson City interview. Prosecuting Attorney Eric Hance said on cross,”Well they let you go then didn’t they?”, effectively proving Barker’s statement couldn’t be true. Barker also continued to tell the court he was telling Overman “What he wanted to hear”. After telling at total of four stories, one being the plan was just to “scare him,” then a plan to tie him up in the barn and torture him because, “the rafters are still very strong,” adding to the story each time.

When he was placed on the stand during the suppression hearing,  Barker went back to his second story stating he never left the barn at the murder location on Republican Road in Fulton County.

In the end of the interview, Barker admitted he had told his parents about the incident when he and Goehler returned home and they had lied to Overman and Weaver during the first interview.

On the suppression motion allegations that Overman picking up Barker  was an illegal arrest, Weaver ruled against it, siding with the state, citing because at the time Barker was picked up he willingly went with Overman, willingly agreed to cooperate as he did in the first interview. Weaver said, with no uncertainty after Overman received the video, he had ample reason to doubt Barker’s first story and said, it was obvious “he was up to his eyeballs in this.”

On the motion to suppress the testimony on the allegation there was a promise of leniency when Overman asked Barker if he wanted to “be a witness or an accomplice to first degree murder”. The judge said,  “I don’t take that as being a veiled or implied promise,” Weaver explained that as the interview went on, it became apparent that what started as a non-custodial interview turned into an arrest by virtue of Barker’s own testimony and admission to his role in the murder in great detail.

All the information from his confession will be admissible during trial. Pretrial motions will be discussed on June 27 at 1 p.m. Weaver asked the state and the defense to exchange witness lists and planned exhibits prior to the date.

Stansbury’s parents became very emotional during the playing of the Barker’s interview. Alicia D.Ann Bodeen Brewer, Stansbury’s mother,  said there were things in the recording she didn’t know. “I have to be strong, we have to fight, because we are his parents and all he has. I have other kids and grandkids to live for too, but I am going to be strong,” she said choking back tears.

The Victims Rights Advocate who has been with the family throughout the court appearances of all three suspects, has attempted to make them aware of the long road they face to trial, but the suppression hearing was the first time one of the accused has actual spoken out. All the other court dates, attorneys have spoken on their behalf.

The trial is set for July 27 and the county has set aside three days to hear testimony in the case, which includes defendants Barker. Goehler and his mother Jennifer Lynn Harnden Bowman, who was arrested five days after her son, on April 28.  Goehler was charged with first degree murder, Bowman was charged with conspiracy to commit first degree murder. Barker was arrested and charged later with first degree murder. Goehler also racked up additional felonies for a foiled escape attempt in June of 2021. Both Barker and Goehler remain in jail. Goehler’s bond $500,000 cash only and Barkers was reduced from $500,000 to $200,000.