From Heaven with Love 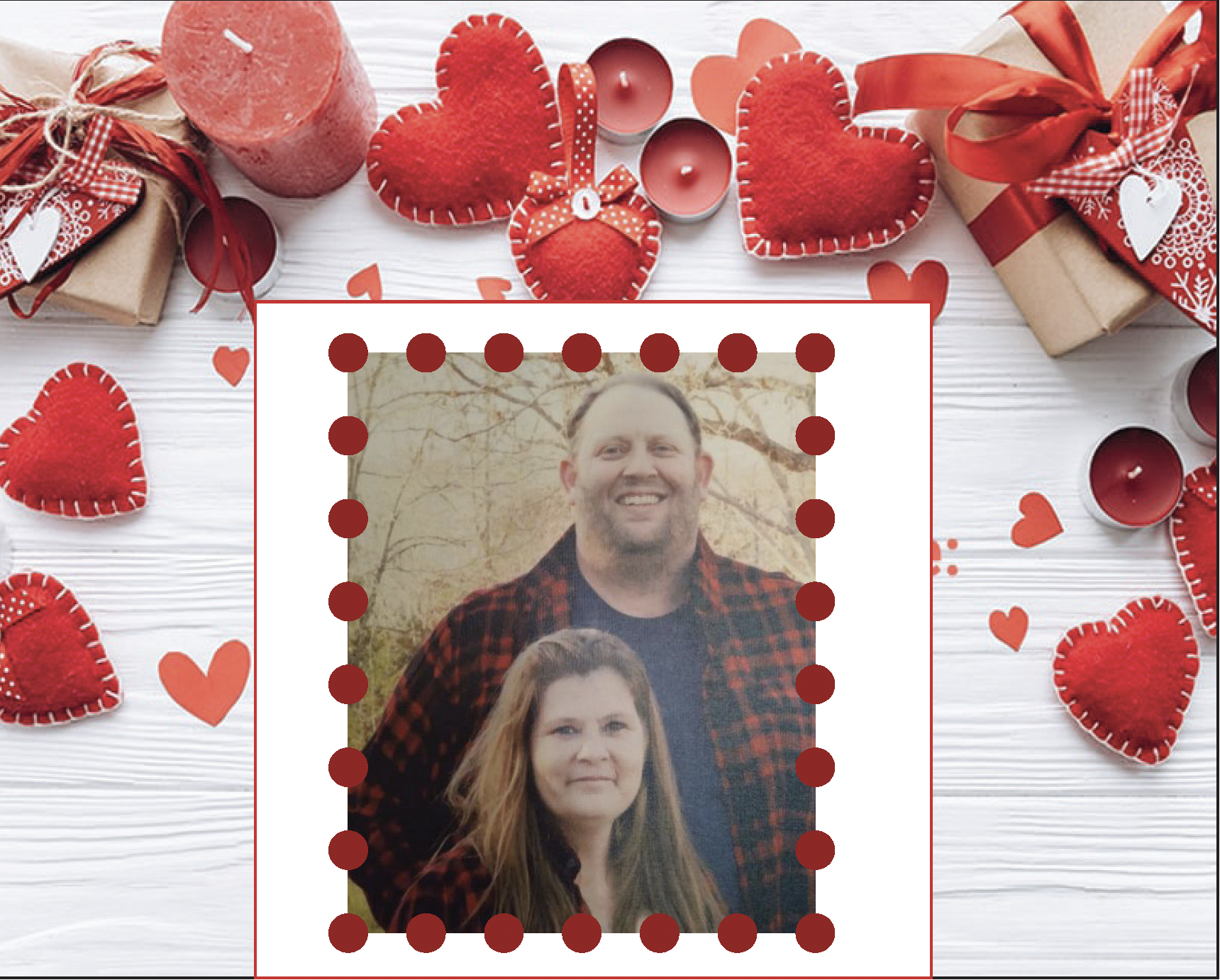 the love story of Diane and Josh Huckabee

To say there is no typical love story is an understatement, but to say it about Diane and Josh Huckabee is the king of understatements.

The Sharp County residents both had been through divorces and were at a point in their lives where they felt confident in beginning anew.

Both had been on dating sites and nothing clicked. “No one was what we were looking for,” she said of the dating websites, so she put an ad on Craigs List.

Diana learned in April 2016, that her mother had cancer, and was at an all time low in her life. “It crushed us all. I told Momma ‘you can’t die because I don’t want to be alone.’” She and her mother were very close.

Two days prior to her mother’s passing Josh contacted her. The two hit it off instantly. She began telling him the things she wanted in a relationship.  Shortly after, they discovered not only were their interests the same, but that only 11 miles had separated them for many years. Little did they know, while in high school the two went to some of the same parties even though they attended different high schools. Diana went to Williford, and Josh attended Cave City High School. “We might have passed and re-passed and didn’t even know it,” she said. They couple discovered they even had common friends.

“When you are a woman and your mother dies, you are at your worst and so vulnerable. This man lifted me up. He was there for me. He went to the funeral with me. He has been my rock. I don’t know what I would do without him,” Diane explained. As the clock struck midnight on New Year’s Eve in 2016, Josh proposed to Diane, and four months later, they married.

Diane feels that in her mother’s final hours Josh was an angel she sent. “I know my momma sent him into my life in to help me deal with her passing and move me forward instead of going back. It’s been a ride, because every married couple has their problems. He is my angel, he will always sit and talk them out with me. He is my everything.”

This year has been very trying on the Huckabee’s relationship. Josh developed bacterial meningitis. He was put in a medically induced coma for a week after developing the infection. When Diane took him to the hospital, he could barely walk, he couldn’t see, or hear and was put on a ventilator. After coming out of the coma, he  remained in the hospital another week on strong antibiotics. His white blood count was extremely high at 32.9, with average being 9.

Valentine’s Day for the year was very special. They celebrated a week early with a steak dinner and darts, something they both love.

Diane works at Unifirst in Cave City and Josh drives a semi that hauls rice hulls and cedar chips to poultry houses in the area.

The Huckabee’s are now saving their money to build their dream home together.

Lady Rebels make it to Elite 8, finish out best season in 20 years

Salem Lady Greyhounds Runners up in State 2A Final Four

The following are paid political ads