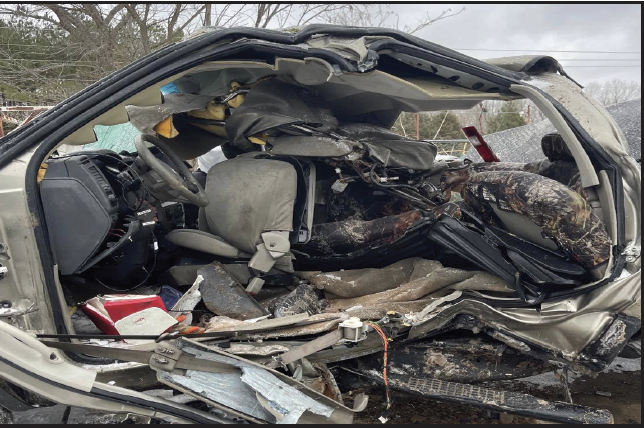 Icy roads were the cause of a fatal accident on Feb. 23 on U.S. Highway 62/412 just west of Salem in Fulton County. The accident also resulted in injuries to three passengers.

The accident occurred at 12:25 p.m. when 23 year old Austin Freeman’s 2008 Dodge Ram 2500 that was pulling a flatbed trailer loaded with logs lost control during sleet and freezing rain on a downhill slope. The truck and trailer crossed both westbound lanes of traffic before traveling off the east side of the highway and striking a tree.

The injured men were transported from the scene to the Fulton County Hospital for treatment of their injuries. The elder Freeman was transported to Springfield where he underwent surgery the following day for his injuries.