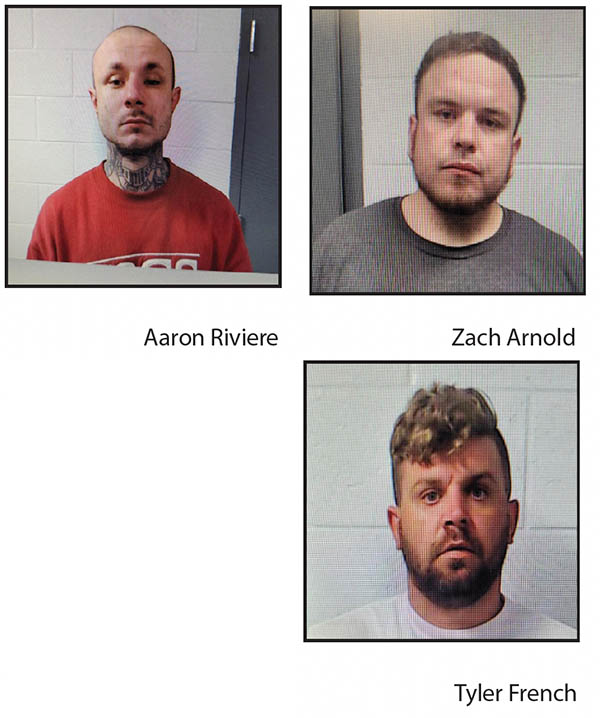 A January 28 incident at the Sharp County Detention Center added more charges to the rap sheets of three inmates.

According to court documents filed in the Third Judicial District Circuit Court on March 23, Deputy and Jailer Austin Carpenter was on shift when he noticed something being thrown from one pod to another. After arriving at the cell door from where he believed the item was thrown, Carpenter smelled a burning smell. He then conducted a search and recovered the item that was being sent between the inmates. The items include a string, a small booklet and a lithium battery used in most communication devices.

The battery was found on inmate Aaron Riviere age 27. Camera footage later revealed Riviere was using the battery to light a cigarette he had rolled.