Sharp County murderer accused of rape, while still in custody of ADC 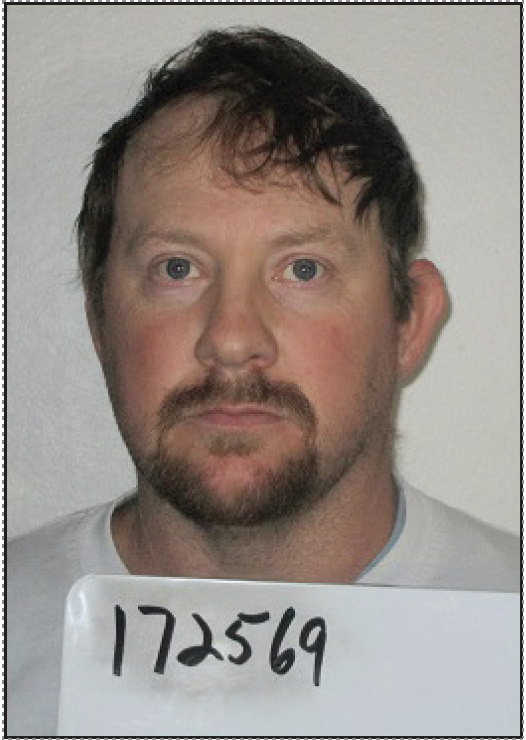 A man convicted of the 2017 Sharp County murder of Jeremy Watkins has been accused of attempted rape and sexual assault while he was out on a furlough granted to him by the Arkansas Department of Corrections (ADC).

Freddie Johnston, 39, was sentenced to 30 years in prison on March 6, 2019 by Sixteenth District Circuit Judge Harold Erwin. He was sent to the Arkansas Department of Corrections (ADC)  Quachita Prison in Malvern to begin serving his sentence shortly thereafter.

In September of 2020, just 18 months after being sentenced, Johnston made the prison’s Act 309 Prison program.  This is a program in which inmates who have completed outlined criteria and not been in trouble while in prison gain trustee status, giving them more privileges than those in the general population.

As a result of this status change,  he was subsequently transferred to the Randolph County Detention Center. While being housed in the facility,  ADC granted Johnston a three day furlough to leave the facility and go to the home of his brother,  Derek Couch, who lives in Cherokee Village. The furlough was from Dec. 17-19, just before Christmas.

During the first day of his furlough, a 16 year old female with whom Johnston had contact, accused him of several sexual acts against her, including attempted rape.

The victim alleged that on approximately five or six different occasions the day she was in contact with Johnston, he placed his hands on her breasts and fondled them. According to the Probable Cause Affidavit in the case, he was also accused of picking up the victim by cupping her female anatomy while whispering, “I am going to be your first.”

According to the police report filed by Cherokee Village Detective John Hutchins, the victim  sent a message to her mother come and to pick her up, stating that she was very uncomfortable with the situation. While she was waiting for her mother, Johnston reportedly continued to try to place his hands under her shirt and aggressively attempted to unzip her pants as she pled with him to stop while holding her hand over the zipper. She later told her mother, her school counselor as well investigators with the Arkansas State Police  Crimes Against Children Division (ASP CAC) that when she resisted,  Johnston said, “Well then just wait until tonight.”

Her mother then arrived and took the juvenile home where she  told her mother about the incidents. She also wrote down the events that occurred on paper the same night and later provided it to investigators. Besides the written account, the victim also visited with her school counselor about the events.

On Feb. 22, Hutchinson received the hotline assignment from CAC concerning the allegations against Johnston. He visited with the victim who recounted the sexual incidents alleged against Johnston on Dec. 17.  The detective also called the Randolph County Sheriff’s Department and spoke with Jail Supervisor Melissa Sisco. Hutchins informed her of the accusations against the inmate, as well as confirmed the dates of Johnston’s ADC approved furlough and that he was still housed at the facility.

Hutchins requested Sisco have one of the Randolph County investigators speak with Johnston about the allegations before he was transferred back to ADC … something Sisco said would likely happen as a result of the sexual allegations.

Hutchins then followed up with a call to ADC Act 309 Coordinator Heather Bridges, who advised him as a result of the pending investigation, Johnston would be transferred back to prison the same day. Bridges initially told the Cherokee Village detective he would be transported to Brickey’s Prison in Marianna. Hutchins said he didn’t have time to get to Randolph County to interview Johnston. The next day, he received notice that Johnston had been transferred a second time and was being housed at the Cummins Unit in Gould, Ark.

The following week, on March 8, Hutchins interviewed Johnston’s brother, who he was furloughed to. Jesse Couch advised he did not witness any of the activities the victim alleged, but did say that he “found it odd” that Johnston was following the young girl around.

Hutchins was told by Tina Gibson with ADC at Cummins to submit a letter of intent to conduct a Zoom interview with Johnston while he was housed at the unit.

Hutchins was contacted on March 24, by Bridges, the ADC Act 309 Coordinator, and emailed her a copy of the Affidavit for Arrest seeking to charge Johnston with one count of attempted rape, a Class A felony and two counts of Sexual Assault in the Second Degree, both Class B Felonies.

This news agency was contacted about the incident by multiple locals and in turn, sent Freedom of Information Act (FOIA) requests to Bridges, ADC Communications Director Cindy Murphy and ADC Chief Legal Counsel Cristine Cryer for information regarding the protocols for allowing a convicted murderer to get out prison for three days. The request is also for the state’s documentation outlining the criteria for ADC prison inmates serving time for violent crimes to be furloughed and/or placed within the 309 program; documentation, including the person who signed off on Johnston’s furlough, as well as the entire furlough documentation with date; names of any and all ADC inmates in the 309 program who have been convicted of violent crimes who have been given furloughs in 2021. The SRC has also asked for any documentation or proof sent to victim’s families prior to the release of any of these inmates on furloughs, including the supervision criteria of the inmate.

While it is apparent, Johnston may have completed some of the requirements, permissions from the prosecutor and sheriff were not given or provided in the FOIA return. According to the ADC, the following criteria must be met in order to qualify for the program.

• Completion of 6 months in prison;

• Class I or eligible for Class I status;

• Capable of abiding by rules and regulations of the program;

• Within 45 months of his/her PE/TE date (if more than 45 months, prior approval must be obtained from all counties with active sentence;

• No objection from victim(s);

• No objection from Sheriff or Prosecuting Attorney from county of conviction;

• Does not have an undisposed felony detainer (unless approved for transfer by agency filing the detainer;

• Eligible inmates with more than ten years to their PE/TE date MUST be approved by the Director;

• Any inmate convicted of kidnapping, a second or a subsequent offense of aggravated robbery, or criminal attempt to commit these offenses will be approved for 309-Jail Only, if approved for the program.

The ADC website states for inmates to be in the Act 309 program, “The inmate can not have been convicted of capital murder, first degree murder, sexual offense, escape or attempted escape, or criminal attempt to commit any of these offenses, or are serving a life sentence or who are under sentence to be executed or any inchoate offense of one of the previous listed offenses.” Which would indicate many violent criminals, who commit second degree murder, armed robbery or any other type of violent crimes, like Johnston would be eligible for this special trustee status as well as a furlough to leave the prison for a delegated time period.

Communication has been made with both Sharp County Sheriff Mark Counts and Third Judicial District Prosecuting Attorney Ryan Cooper regarding whether or not they were advised and approved ADC moving Johnston to 309 status, his transfer and or furlough. Cooper said he wasn’t aware of Johnston being made an Act 309 trustee but offered to check with the court to verify whether or not he had received or approved Johnston’s 309 status. “It is entirely possible that they (ADC) sent out basic information, but I know for sure, I didn’t know about the furlough,” he explained. Cooper also said after looking into older correspondence before he took over the office, that Johnston had, in fact, been placed in the 309 program in Sept. of 2020, just 18 months after receiving the 30 year sentence. The murder was prosecuted by former Prosecuting Attorney Henry Boyce, who is now a judge. Cooper was appointed to the office after Boyce was made aware of his making 309 (trustee) status. Cooper also followed up after reviewing emails from his office and speaking with Boyce and stated in 2019 Boyce objected to Johnston making 309 status.

The ADC states the advantages of the Act 309 program, include “Increases the number of prison beds, reduces cost of incarceration, assists sheriffs with manpower while saving local dollars. Places some inmates closer to their families and heightens public relations with the counties.”

The FOIA requests have been returned with both ADC representatives indicating they are working to compile the documentation in a timely manner.

The Second Degree Murder charge came following an incident in Nov. 2017 when Sharp County Dispatch received a report of a possible shooting at the home of Johnston’s ex wife on Agnos Road. Upon arrival, officers found Johnston and Jeremy Watkins, 28, with serious injuries. Johnston broke and active restraining order, came into his ex-wife’s house, shot Watkins then turned the gun on himself. The two men were transported to an area hospital where Watkins later died.

SRC will continue to follow and update this story as the documentation is submitted in hope of gaining answers to the reason the alleged crimes were able to take place while Johnston was serving a 30 year prison sentence for murder.