Mammoth Spring absconder and sex offender and wife arrested on a variety of drug charges. 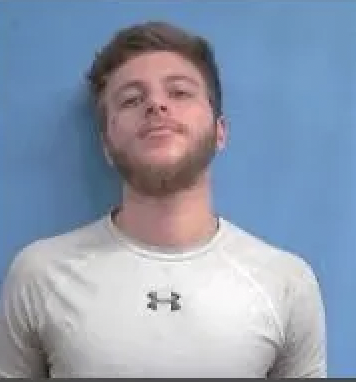 FROM COURT AND POLICE

On Thursday Jan. 27, Fulton County Sheriff Joe Boshears, Probation and Parole Agent Steve Simers, and Deputy Blair Ables arrived at a residence in the 600 block of South Sixth Street in Mammoth Spring. Boshears had received information that Matthew Brinkley, an absconder and registered level two sex offender, was staying at the residence. Brinkley had cut off his GPS ankle monitoring device from probation and parole and disposed of it near the Mammoth Spring State Park.

Brinkley had not registered his address as required by law and had been living at the residence for over a month. Matthew also had an active search waiver on file.

A search of the bedroom revealed a black 9 mm HighPoint firearm hidden behind the bed, drug paraphernalia for inhaling and using methamphetamine, a set of digital scales, multiple smoking devices with burned residue inside and an Altoids tin containing several different pills all hidden beside the bed.

The drugs, paraphernalia, and gun were seized due to Brinkley being a convicted felon. Brinkley’s bond from a previous case was revoked due to violating his conditions of bond on that case.

At a later time, Ables used a NARTEC field test kit on the smoking device full of clear liquid. The clear liquid inside produced a positive result for methamphetamine.

Last June, Brinkley also had a failure to register as a sex offender charge in Washington County, Ark. Brinkley also has a list of previous felonies, including theft and drug related charges dating back to 2019. Brinkley’s is being held with no bond.